Until 2019, things looked bright everywhere. Millions of people coming out of poverty everywhere. GDP numbers of almost every country increasing year after year. Billionaires were increasing. The world seemed to be really marching at full speed. There were geopolitical issues and wars in some parts of the world threatening to slow this forward march. But who would have thought of a complete brake on the the world’s capitalistic machinery!

As I write, most of the world is still in a coma or is barely limping. I don’t remember of a time in my life when traveling anywhere was so difficult. With almost no flights, public transport severely restricted and everyone scared of each other, it would take many years before people could travel carefree again. Restaurants look like skeletons of their older self. Cinema halls probably are doomed forever. Sports is now restricted to television. Going to office is thoroughly discouraged. People wear masks everywhere. What a post-apocalyptic world we are living in!

Well, the problems I mention surely are not the problems of a vast majority. People have lost jobs, homes and many don’t even have food to eat. The crisis has hit different people in different ways similar to the depiction in the movie ‘Parasite’. All I see is the tip of the iceberg from my own window. Never have I felt so helpless about society in general. Maybe we could help by donating to organizations such as WHO or MSF. Maybe it will help someone somewhere. 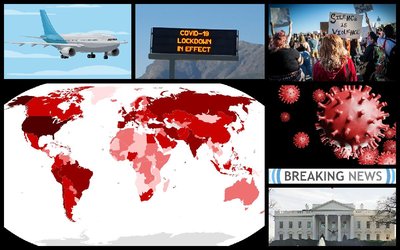