Adhesive tape used to be my son’s favorite tool when he was younger. If he broke a toy, he could fix it with some tape. Torn paper, no problem, we have tape. I used to tell him that a tape can’t fix everything. But one day, we were watching the Hungarian Grand Prix when Max Verstappen slid in the rain and then eventually finished 2nd with a damaged car that was fixed with speed tape! My son had the last laugh. That is the way with some technologies. They look really simple but can be used for so many things. A 3D printer is something of this kind. From plastics to organs to even houses, the technology can be used to print anything.

Starting with a 3D printer

In just a matter of few years, the 3d printer market now has hundreds of brands and varieties. For the hobbyist with enough money to spare, there is the original Prusa. For those on a budget, there are pretty good chinese alternatives like the Anycubic Vyper, various Elegoos, Creality Ender 5 and hundreds of others. There are 3d printers for industry use such as the Ultimaker among others. Then, there are printers for niche uses such as chocolate printing, concrete printing etc. For my use, I ordered an Anycubic vyper online and it arrived 2 days later. I just had to fix a few screws and it was ready for use.

Most printers will come with basic instructions on how to print your first file. My vyper required me to insert an SD card with an example owl.gcode file and press the print button. In less than an hour, I had a owl figurine. 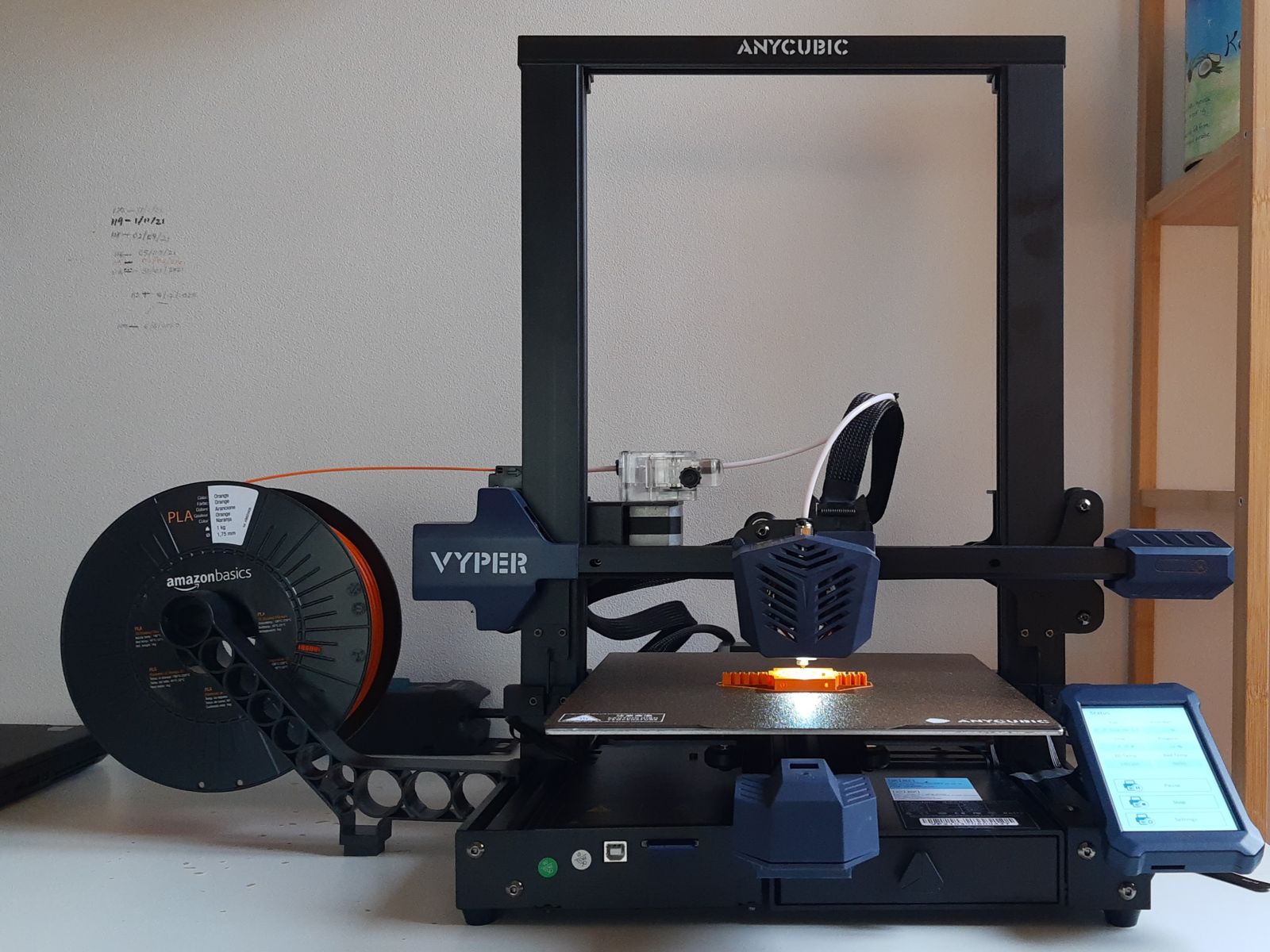 3D printers work with gcode. These are just simple text files that have a few thousand lines of simple code that mostly tell the print head to move towards certain positions in space. For example,

A complete description of the GCode can be found in wikipedia. Fortunately, you don’t need to know the internals of gcode. If you have a 3D model in let’s say STL format, there are nice tools that can create gcode. Ultimaker Cura and Prusaslicer are pretty good tools that can do this job.

I needed to print a couple of STL files and I used the CURA tool to create the gcode for me. There were several things I needed to configure before the print was ok.